Utu has been a sought after presenter and performer in both Canada and the United States since the year 2000, and as himself or with the Dragon Ritual Drummers have been the headliners at some of the largest top tier spiritual and mainstream festivals across North America.

Utu resides in St. Catharines Ontario, in the very hood where Harriet “Mama Moses” Tubman brought her particular “track" of freedom through the Underground Railroad to its end, and he has spent nearly twenty years immersed within the lore and conjure akin to the freedom seekers and their supporters that was the fraternity of the Underground Railroad. Utu's book, “Conjuring Harriet 'Mama Moses' Tubman and the Spirits of the Underground Railroad” generated global controversy before it was even released and it was the number one book on Amazon for a time because of it. Utu continues to teach and share the conjure, history and root work of the Underground Railroad in person and virtual events across the globe to this day. I Initiated in traditional witchcraft as well as an adherent of the Yoruba religion of Ifa, Utu teaches witchcraft and spell work with a strong passion for the magics surrounding animal spirits, and he supports the Ifa religion, its clergy and elders through joyful service, promotion and fund raising as well as his drumming for ceremony which is how he became immersed in African Traditional Religions over 20 years ago. In 2022 the Dragon Ritual Drummers will be celebrating their 20th anniversary as performers, recording artists and ritual facilitators, and the Niagara Pagan Men's Circle he co founded will be celebrating their 25th year of monthly gatherings. 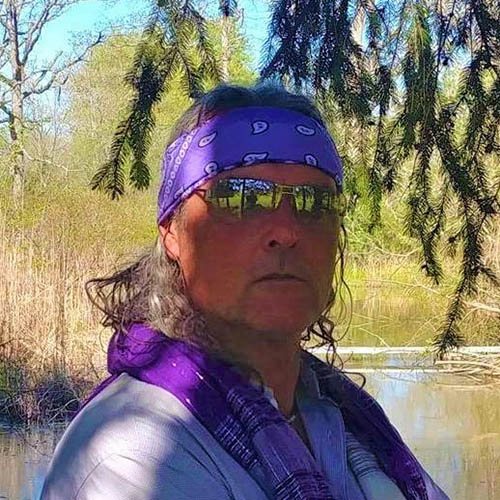