Sat at 8:15 pm in The Earth Ampitheater

Award winning, chart topping critically acclaimed drum troupe with a worldwide following, the Dragon Ritual Drummers are the #1 Pagan Drum Troupe on the planet! The Dragon Ritual Drummers offer a unique array of rhythms, music inspired from around the world and through the ages, focusing on the drums place in the mysteries to call forth spirit, ancestors and deities.

As honorary drum guards for the New Orleans Voodoo Spiritual Temple, the Royal House of Rebuja in Yoruba land Nigeria and the Niagara Voodoo Shrine, their shows often celebrate rhythmic stories and tales of creole voodoo gods and spirits of the swamps.

The Dragon Ritual Drummers have headlined top tier pagan, spiritual and mainstream music festivals in both Canada and the Untried States.

In the MySpace era they owned the #1 rank on the Canadian Myspace music charts for the genres of "Afro-Beat" and "Tropical" and are ranked #1 on the local charts for the World Music genre on Reverb Nation! They have been featured in countless global media from international magazines to television, Pod Casts and Blog Talk Radio.

In 2012 they were awarded Best Band by the American Conjure Community Awards from Houston Texas. 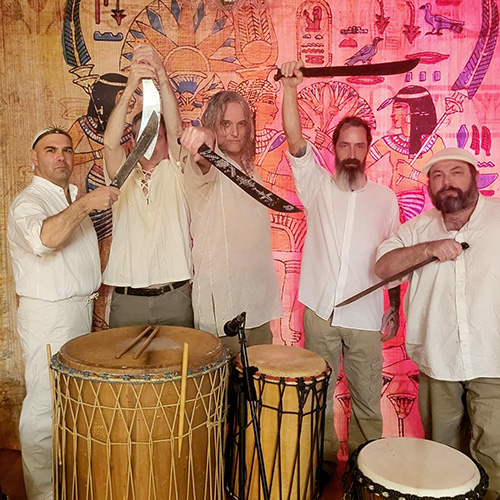