Born in Havana, Cuba on an “Old Moon” during September’s autumnal equinox, he was the first child born to his mother. She had a miscarriage of her first pregnancy, arising from a hex put on her, one filled with envy and deceit. Alexander grew up knowing that he was born to counteract that spell and save his mother’s happiness and life. Living in New York, at a very tender age, he was taught the magickal traditions of a line of men in his family. Within that lineage, his great grandfather, grandfather, and father possessing initiated Masonic and the “Occult Sciences” presented a good influence for him to model himself after. Being not of English descent, he was genuinely curious and heart-fully drawn to British Traditional Witchcraft at an early age of eleven, through the writings of Gardner, Sybil Leek & Doreen Valiente. When Alexander became thirteen years of age, he was initiated in Palo Mayombe of the Congo/Afro Cuban. Then he began his spiritual studies of “El Envangelio De Alan Kardec” at El Templo; La Luz, Cristobal De Jesus, and was crowned on his 19 birthday. African spirit guides carried him to be initiated into the African diaspora religions such as Santeria/Lucumi Tradition. He was the right-hand man for an Oriate, Chief High Priest. Alexander was initiated and taught Welsh and Gardnerian/NY Wicca by Lady Rhea throughout the ’90s, but for several years after he devoted all his time to his profession in surgery. Having mastered that purpose for the “All” he has personally decided to return to the Craft and re-energize his spiritual journey again, starting on the Great Sabbat, Samhain, 2009. Being mentored, initiated, and ordained by the “Official Witch of Salem” Rev. Laurie Cabot, HPs, his communal energies are now in Salem, Massachusetts as well as New York City, where he resides being a Third Degree High Priest of The Cabot Kent Hermetic Temple and an elder in his community. 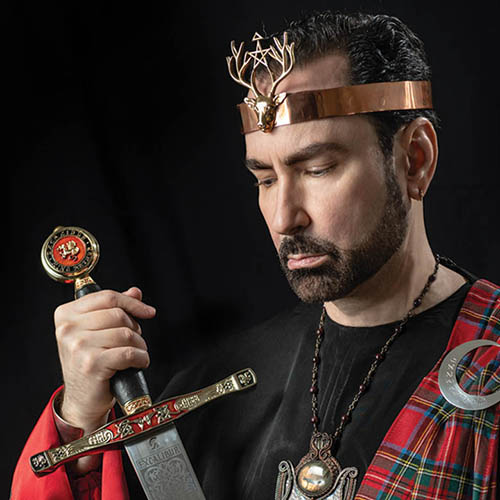